Cocaine Withdrawal is Difficult–but There is Help! 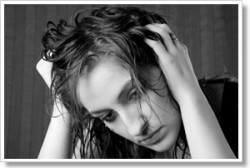 You can overcome your cocaine addiction!

Cocaine withdrawal is the result of heavy cocaine use followed by an abrupt cessation of drug use or a dramatic decline in the amount of cocaine being used. The chemical imbalance that cocaine cause in the brain leads to increased awareness, heightened feelings and sense of euphoria but when cocaine is removed from the daily regimen, these effects can quickly reverse to a number of negative side effects including depression, irritability, anxiety and agitation. Cocaine withdrawal is not necessarily a visible process as it’s more emotional than anything but this doesn’t make it any easier for the addiction to cope wit

When cocaine use is persistent, repeated or continues for a prolonged period of time there is an increased risk of symptoms such as physical and psychological dependence to occur. These symptoms are what leads to addiction to cocaine and they are the symptoms that cause an increased risk of withdrawal when the user quits taking the drugs. The severity of these withdrawal symptoms all depends on the severity of the cocaine abuse, the length of time that a user has been doing cocaine and various other factors.

People who have been abusing cocaine for quite some time are likely to fall into pattern-like behaviors of cocaine abuse. These behaviors often include binges that include sustained, repeat cocaine abuse periods followed by periods of staying sober. As these binges go on and the user becomes more dependent on cocaine, the risks of withdrawal increase significantly making it more and more difficult for the user to remain abstinent from drug use.

What to Expect During Cocaine Withdrawal

Every recovering addict is different so the symptoms of withdrawal that you will feel may be very different from those that another addict will feel. The body’s way of rebounding from the cocaine abuse and coming out on top is a combination of instinct and rehabilitative methods that help to heal and recover. During cocaine withdrawal, you will likely feel a number of symptoms that are difficult to cope with and you will probably have cravings that make staying sober a challenge at best.

It’s important that you understand what symptoms are ahead of you so that you can be prepared to overcome these symptoms when you begin treatment. It’s common to experience cravings in cocaine withdrawal and you will likely have to push your self control to extremes in order to remain sober. While it is a difficult process, treatment is available to help those who are addicted to cocaine to overcome the challenge of withdrawal and to take control of their newly sober lives—help is always just a phone call away.

The decisions that you make in finding and choosing effective treatment for yourself or someone you love can help you to get back in control of your life. Cocaine withdrawal is a necessary first step to overcoming addiction and to getting back on track with your life–it’s also a very challenging process. You don’t have to attempt recovery from addiction alone or on your own–CocaineWithdrawal.com can help you make a full recovery and get back in control of your life!