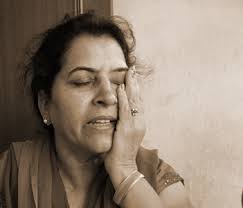 Understanding the cocaine withdrawal stages is important for a successful recovery.

What are the stages of cocaine withdrawal and how long will this misery last? Those are some of the most common questions that arise when cocaine withdrawal is a factor in an individual’s life. According the medical staff, treatment professionals and therapists, there are at least three definitive cocaine withdrawal stages that each recovering cocaine addict will go through before he or she makes it past the detoxification process and into a life of recovery.

Cocaine abuse increases alertness, energy and the euphoria that an individual feels but these feelings can’t last forever. The first of the three distinct cocaine withdrawal stages is the crash. Users who are initially coming down from a binge of cocaine abuse will crash and burn. They will feel intense fatigue and tiredness and may have little to no energy at all. This stage will last about four days.

The crash that comes following a cocaine binge may also include irritability and an overall bad mood. The user would likely feel better if he or she used more cocaine but these feelings would be short-lived. Additional feelings that come during the first of the three stages of cocaine withdrawal may include depression, fear, confusion and self-pity or shame.

Risk of relapse during this stage of cocaine withdrawal varies. For some users, making it to this stage of cocaine withdrawal will lead to a lifetime of sobriety but for others there will be a risk of relapse as high as 80% or more. Continued support and treatment from a professional can help to reduce this risk but will not eliminate it all together.